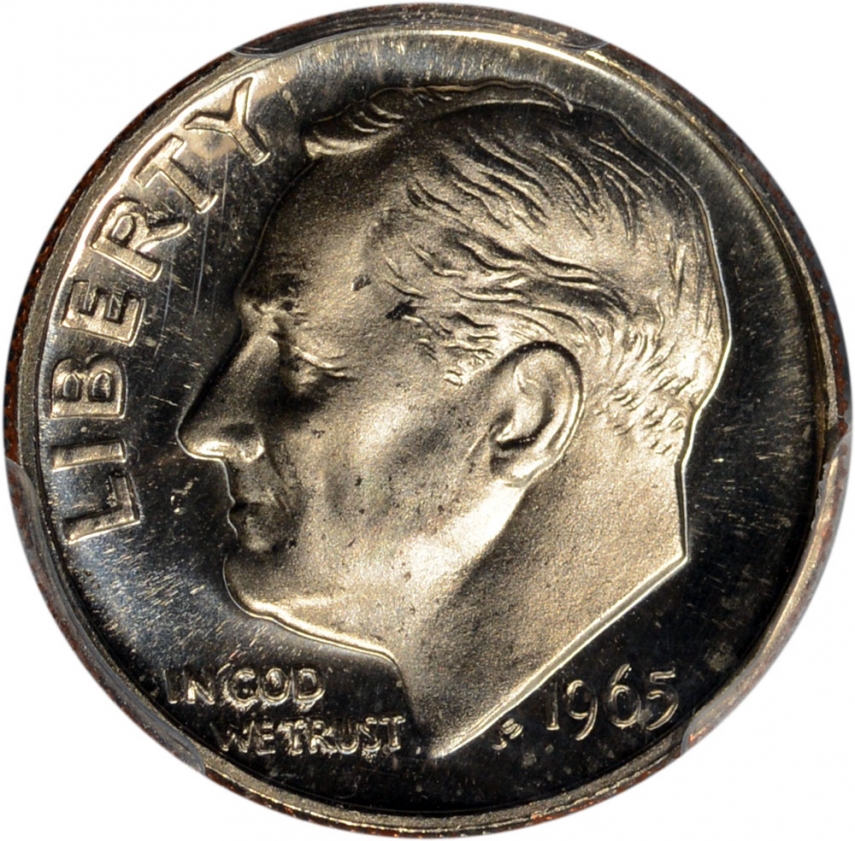 Scarce are the occasions when 1965 dimes surface with cameo contrast.

PCGS graded this coin SP66 (Cert. No. 80537706), but did not assign the cameo designation.  These are always a toss up because the coins with frosty devices are almost never deeply reflective in the fields. The fields on both sides of this coin are somewhat deeper than they appear in the images, but the reverse is definitely not deep.  Neither, however, are any of the others I've seen with the cameo designation.

For a 1965 I'd expect a coin like this to make it, but prefer to spend my time ogling the coin than wondering about their decision.