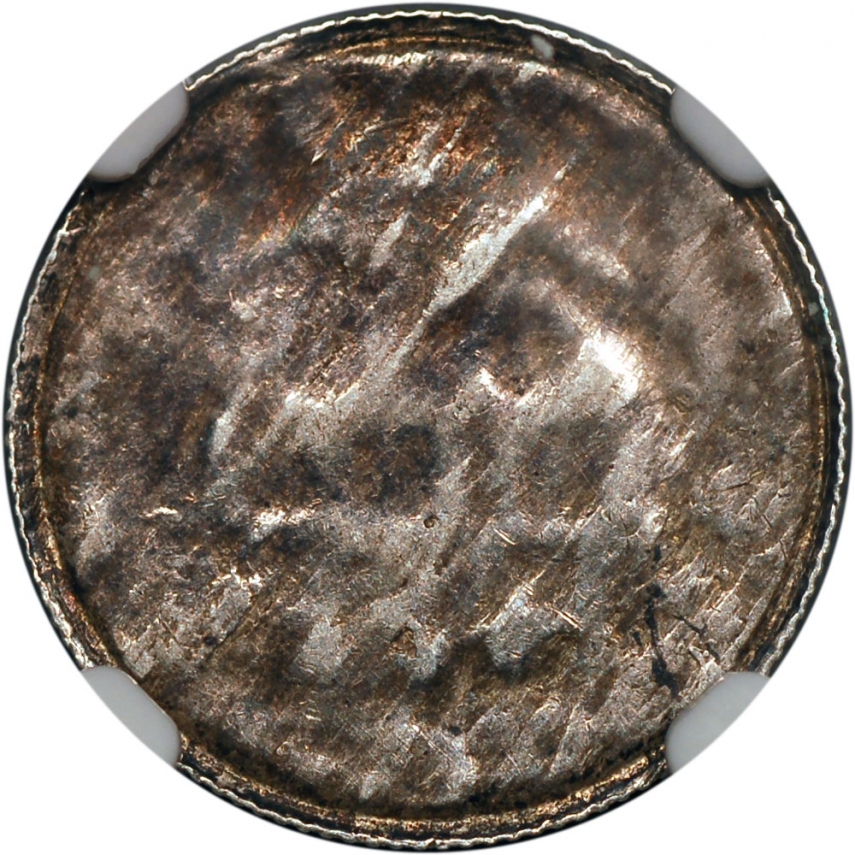 Contamination and / or insufficient pressure in the rolling mill prevented proper fusion of the blanking strip for this Barber Dime.  That lack of fusion promoted delamination, and the coin was struck before the planchet separated into two pieces.

Does anyone out there have a mating obverse dated 1894 to go with this San Francisco reverse?   What a fantastic conversation that combination would generate!

I have never seen another like this, but obviously, there must be an obverse out there - or at least was - perhaps that went the way of the melting pot in the days when such coins were considered little more than defective.