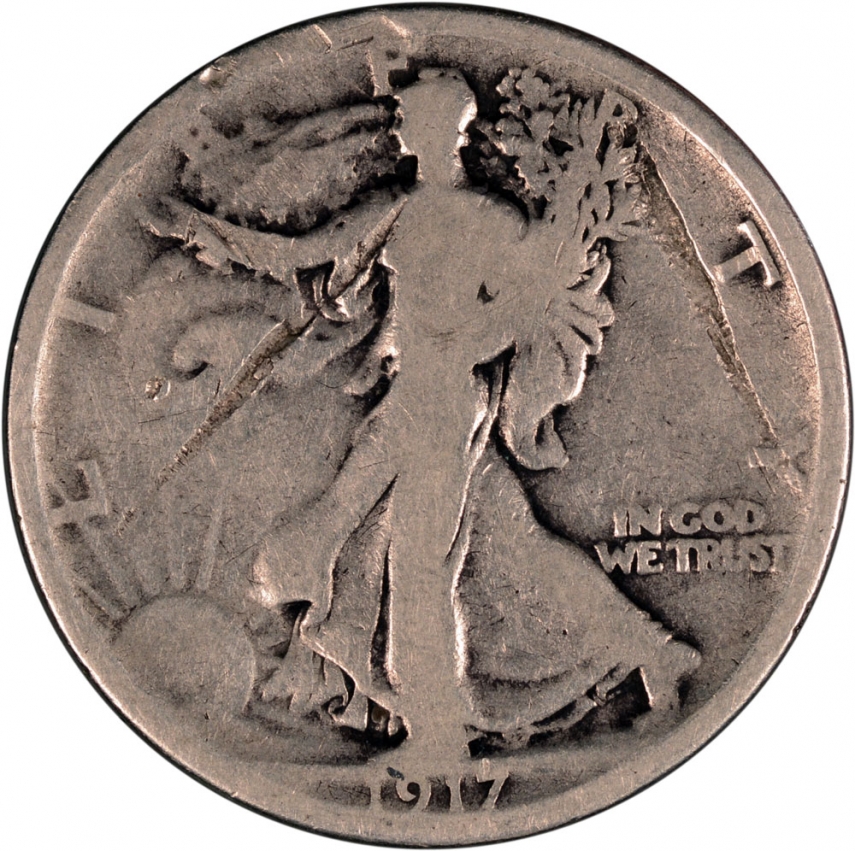 Mint errors of any kind rarely occurred in the Walking Liberty Half Dollar series.

This 1917 Walker was struck on a planchet that included incompletely bonded strips of material which fell off of both sides after the design was struck into the coin.  The areas of missing material are pretty obvious on the obverse.  Less apparent is the reverse delamination from 6:00 on the rim toward 9:00.  For a coin to exhibit evidence of such careless manufacture on both sides of the strip, rather than on just one side is very unusual.

While not a major mint error, which would command an absurd amount of money, this coin is a suitable representative for a US coin type set composed of mint errors.